Chinese solar PV maker Suntech Power has announced it would build a plant in the USA. The company revealed that the most agressive suitor has been the state of Oregon where several sites are under consideration. Suntech is a leading supplier of solar PV modules and with American manufacturing capacity the company will be well positioned to take advantage of Obama administration programs for solar energy development....

The clock is ticking on GM whose shares dropped a third today to around 75 cents. On Monday it is expected to declare bankruptcy. The failing company has concluded its labor agreement with the United Autoworkers union and as part of the deal GM will not import the Chevy Spark subcompact car from China beginning 2011 as planned (see earlier post here) but reopen a plant in Michigan to build the cars in the USA. So in order to placate certain Congressional districts of GM's soon to be owner the US Government GM and UAW have thus created an overt trade barrier....

Three American manufacturers of PC steel strand located in three impoverished counties in Ohio, Tennessee, and North Carolina, have filed an anti-dumping and countervailing duty suit against imports of Chinese PC steel strand. Decision to pursue will come within 45 days. The petitioners are American Spring Wire Corp. of Bedford Heights, Ohio, (poverty rate in '07 was 15.7%), Insteel Wire Products Co. of Mt. Airy, North Carolina, (in '07 17.5% mired in poverty), and Sumiden Wire Products Corp. of Dickson, Tennessee, (over 12% poverty rate back in 2007).
PC steel strand is used in pre-stressed concrete materials important in infrastructure projects such as bridges and foundations. Just 2 weeks ago, the European Union imposted duties of up to 46.2% on Chinese steel strand for the next 5 years.... 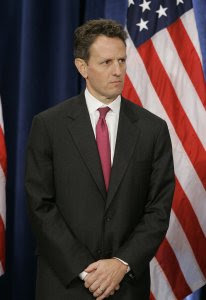 The US Department of the Treasury (a former employer of this author) confirmed today that Treasury Secretary Timothy Geithner will be in Beijing this Saturday and meet with Chinese President Hu Jintao, PM Wen Jiabao, and other senior officials. Geithner will visit prestigious Peking University where he was once a student and discuss USA-China cooperation on global climate change. This is yet more evidence of the new approach in US relations under the Obama administration to find common ground on energy security through environmental issues....

China is key to recovery in the Japanese economy as it is Japan's number 1 export market. Indications are the dramatic drop in exports to China (not nearly as dire as the near 50% drop in exports to USA in April) has slowed. The data is mixed and far from a definite up trend. But signals are the bottom may have been reached at least in terms of Japan-China trade....

Via Reuters, a source inside the negotiations to determine the fate of GM's storied European subsidiary Opel says interest from the Chinese is "very high" and that BAIC (Beijing Automotive Industry Holdings) is the 4th bidder. BAIC began as one of the first major US-China joint ventures in 1985 but had a difficult start with its assembly of Jeep vehicles. Since that time it has emerged as a major auto conglomerate. Berlin has told bidders to strengthen offers. A decision is expected Wednesday....

With US House Speaker Nancy Pelosi (D-San Francisco) in town, Beijing is announcing huge stimulus programs and policy changes for alternative energy in China. Pelosi said the need to work together on climate change was a "game changer" in relations between Beijing and Washington. Also in the Chinese capital, US Senator John Kerry, made similar remarks revealing a new approach in US relations with China linking old hat wedge issues such as "human rights" and "democracy" with China's environmental crisis. Both the US and China seem to be recognizing the need to move away from unfettered use of fossil fuels toward alternative energy production, a key signal that the anticipated boom in alt energy may be on its way.

Beijing is planning a big additional stimulus package for the renewable energy sector and will also focus on industrial consolidation in heavy industries, building sewer systems, and overall energy efficiency.

Perhaps of most interest to US exporters such as Westinghouse, Beijing will push for a dramatic increase in nuclear energy with plans for over 100 reactors by 2020.....

TRADE WAR: ITC Rules in Favor of US Steelmakers

The quasi-independent International Trade Commission has ruled unanimously in favor of an anti-dumping countervailing tariff suit brought by US Steel and other American steel producers against imports of oil country tubular goods such as steel pipe from China. Next step is a determination by the US Dept. of Commerce on how much tarrif to apply - could be as high as 90% or more. After that, expect heavy handed retailiation from Beijing, higher prices for US buyers of the product which they will pass on to consumers causing inflation, and then relocation of source material from another country such as India until the next complaint is filed by an American steel company. Rinse. Repeat.
My original report on this story when it the challenge began is linked here....

GM May Get 4th Bid for Opel From China

Bloomberg is reporting that there may be a possible 4th bid for GM's Opel subsidiary, the company's core European business, from a Chinese carmaker as yet unnamed. Last week rumours circulated that Geely may be a potential bidder for Opel and that it could be a finalist to acquire Saab although Geely is denying all reports....

Fitch Ratings to China: You're Black

Anglo-American credit rating agency Fitch Ratings says China could face a banking crisis (via BBC News video) as Chinese banks are lending agreessively in response to Beijing's huge stimulus investing. The risks to this writer seem wildely out of place. Analysts closer to China such as those at Morgan Stanley in Hong Kong believe economic recovery is underway in China and real.

15 years ago and more China's potential was belittled by agencies such as Fitch and Moody's due to the so-called "non-performing loan" problem.

Fact is today the Chinese banking sector is not impaired. But US banks are in meltdown and agencies such as Fitch Ratings played a large and perhaps direct part in bringing about the Panic of '08 and the current global crisis.... 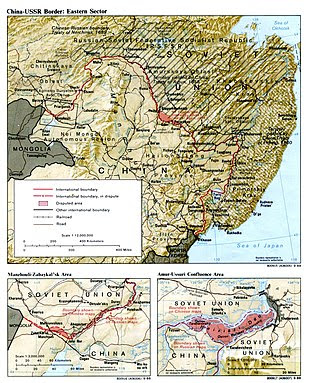 It is Russia's turn to host the biannual Russia - European Union summit beginning Thursday and the choice of venue is unique and pointed - the capital of the Far East Federal District, Khabarovsk. The city sits along the Amur River or as it is better known in China the Heilong Jiang. On the selection of his city, a local Russian official said " We see ourselves as a bridge between Europe and Asia. The development strategy for the Far East, outlining our priorities, is currently in the works, and plenty of it is about transport."


Russian aims can be interpreted as showing the EU just how far its territory and resources expand but also strengthen claim to a border Chairman Mao challenged in 1969 with disastrous consequences....

TodayTec, China's leading maker of thermal transfer ribbon, will open a 6,000 square foot factory in Lincoln County, North Carolina, a mostly rural "micropolitan" region north of Charlotte. Initially the plant will create 10 full time jobs in a county with 15% unemployment. County seat Lincolnton is most famous for the annual "Hog Happenin" - a biker and BBQ festival....

Venezuela Energy Minister Rafael Ramirez said today that the country will soon begin assembly of the first of 13 deep water oil drilling platforms China will assist Venezuela in building under a 2007 oil deal.
Meanwhile, currently on a state visit to Beijing Lula da Silva, President of Brazil, signed over a dozen agreements including $10 billion in financing from the China Development Bank for Brazil's state-owned energy major Petrobras for future supplies of 100,000 barrels of oil per day to China.
The 3rd China-Latin America Business Summit will be held in November in Bogota, Colombia.

GM to Import China Made Cars

According to AP reports, GM informed the US Congress it plans to import over 50,000 Chinese built cars a year by 2014.... 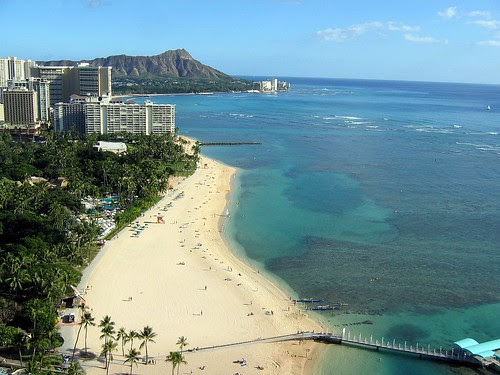 Sinomania! will be on important assignment for the next 2 weeks. Meanwhile, please feel free to click on this link and post a comment. It's an open thread (please keep it clean). Suggested key words to get you talking: Gwadar, Tumen River, Tier III cities, Asian Energy Security Grid, Shanghai Cooperation Organization, Countervailing Duties, Anti-Dumping....

UAW Says GM Offshoring to China where Sales Up 50%

In a letter to US Senators UAW lawyer Alan Reuther claims the GM restructuring plan will offshore car production to China as well as Mexico, Japan and Korea, the equivalent of a plant in each country. As reported here recently, GM may already be planning an 8th factory in China. From the beginning GM said its long anticipated electric car, the Chevy Volt, would be in global production. GM has said the Volt would be on sale in China not longer after its debut in America next year. China is GM's fastest growing market and GM sales there were up 50% last month. Labor leaders and GM resume talks on May 7...

China Invests in US Wind Farms

A subsidiary of the former AVIC conglomerate will invest $300 million into Tang Energy, a Dallas based firm with Chinese operations, for wind farms in several states including Texas.
As the agreement was signed today Secretary of State Hillary Clinton opened a two day conference in Washington remarking that climate change is a "central focus" of the Obama administration's foreign policy. Meanwhile at a conference in Beijing it was revealed that China's new goals for wind energy - currently at 12 Gigawatt (GW) capacity - is for 100 GW wind power capacity by 2020. Are we witnessing the beginnings of the alt energy boom in China...? The Chongqing Chaotianmen Yangtze River Bridge, billed as the longest arch bridge in the world at 1,741 meters, opened this week with a ribbon cutting ceremony by city and municipal officials. Under construction for 5 years the bridge is quickly becoming a main landmark in this mega city intersected by hills and the wide Yangtze and Jialing rivers...

US Trade Representative Ron Kirk is welcoming moves by Beijing to eliminate mandates for security testing and certification of commercial IT products imported into China. The removal of the mandates must be accomplished by May 1, 2010, however IT products sold to the Chinese government appear to be exempt from the rule. China is a growing market for US IT businesses although many products require export approval from the US government....