Announcements of oil and gas development deals between Chinese oil majors and Iraq and Iran may be spooking markets as much as fear of tropical storm Gustav in the Gulf of Mexico.

In India. At this point of the SARS "epidemic" in 2003 world media had already declared a global catastrophe. Perspective...

An unlikely historical figure, Hua Guofeng survived because and despite of closeness to Chairman Mao. A decent obituary found here in the British Telegraph.
# posted by Sinomania! : 8/20/2008 05:01:00 PM  0 Comments

The venerable Economist mag is reporting that the Shanghai Securities Exchange may soon allow foreign share listings. It is obvious Chinese regulators are considering just about anything in order to revive Chinese stocks. And it's a sign that Shanghai shares' recovery may be a lot quicker than some predict.
# posted by Sinomania! : 8/20/2008 04:45:00 PM  0 Comments

According to a "source with direct knowledge" Reuters reports that Hunan Changfeng Motor Company backed away from talks with GM trying to sell its Hummer brand.

This month's full moon won't occur until mid way between tonight's amazing XXIX Olympiad 2008 Summer Games opener and the closing ceremonies on August 24 but already journos, bloggers, and TV talking heads are at work pontificating, propagandizing, and proselytizing a lugubrious lunacy about China, NEW China, RED China, COMMUNIST China, CAPITALIST China, changing, 'in transition', age-old, threat, friend, 'peer rival', --well you get the drift and if not? Just go anywhere else over the next two weeks or so for your fair share of drippy, preachy, school-marmy commentary along the lines discussed above. In the meantime enjoy the competitions. 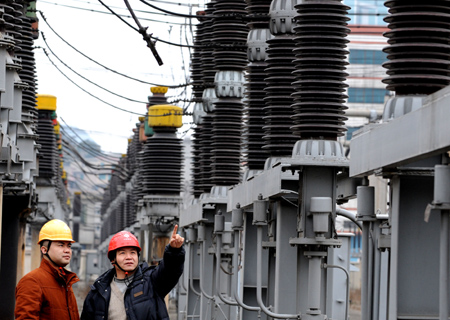 And no it is NOT to keep the lights on in Beijing during the Olympics...
Disruption in coal supplies and shortage of generation and transmission capacity in China is affecting China. Particularly hard hit is aluminum smelting.
A massive infrastructure build with even more cental investment spending is looming in China's future. More on that soon!