The Taiwan legislature on Wednesday approved the landmark Economic Cooperation Framework Agreement (ECFA) between Taiwan island and mainland China although neither side has yet had concluding high-level talks and exactly when the agreement goes into effect is undecided. Nonetheless, moving forward with ECFA is a huge development and begins the long process of economic absorption of Taiwan... 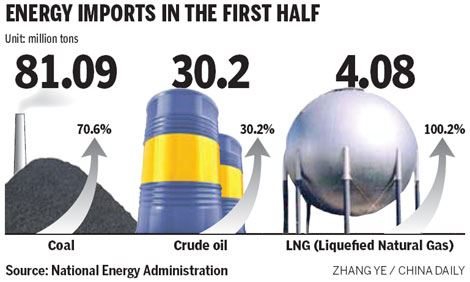 As regular readers know I believe a nation's energy use and production a much better gauge of an economy's size than Gross Domestic Product which is easily manipulated by central governments (Washington is as guilty as Beijing in that regard) and made meaningless by currency exchange. On a purchase power parity basis China has been the second largest economy for a very long time.

Earlier this summer China surpassed the USA as the world's number one energy user according to the International Energy Agency (Beijing rejects the designation). To me this says that China is already the largest economy in the world. That is a change of historic significance. Around a century ago the USA took that top energy spot and kept the position until now...