After months of hints and vague promises, Beijing came to the rescueof Chinese shares in a surprise announcement last night on national TV that the duty on stock trading would be reduced to just one tenth of one percent, repealing last May's increase that aimed at curbing short term speculation and reducing volatility. Volatility however is here to stay given high inflation and commodities values.
Values shot up across all boards with the Shanghai Composite gaining over 9% to close at 3,583. Many observers had claimed3,600 as a sustainable level with current earnings andperformance. As always, I'll update the markets on each episode ofThe Sinomania! Show.

The Strategic Test of the An Yue Jiang

America appears to have won a round in the battle for southern Africa if, as Chinese foreign minstry spokesman Jiang Yu said today, the ship An Yue Jiang turns back without delivering its cargo --weapons for Zimbabwe's embattled ZANU regime headed by vilified strongman, Robert Mugabe.
Both Namibia and South Africa are firmly in Washington's control dating back at least to 2006 when then Deputy Commander of USEUCOM Gen. Charles "Chuck" Wald began plans for armed intervention if Zimbabwe crumbled. The situation is now more extreme as there is a disputed election and threat of a [insert color here] revolution for the USA to support or perhaps rescue.
Mugabe and the Zimbabwe African National Union regime are short of arms since their Chinese supplies can't get through. The vessel An Yue Jiang, said to be loaded with containers of bullets and grenades, is refused entry by every port in American control. Chinese influence in the region is lacking despite all the billions spent on investments and arms sales there.
What can we deduce? Even though southern Africa has less strategic value than many places the sea routes around the continent are vital to Chinese plans to import more oil not just from southern and eastern Africa but possibly South America (Venezuela, Brazil someday) as well. But the US Navy controls the area. The USS Ft. McHenry and HSV Swift were dispatched to the Gulf of Guinea in late 2007 and form part of a new "partnership" to control the region. Sea power still triumphs. 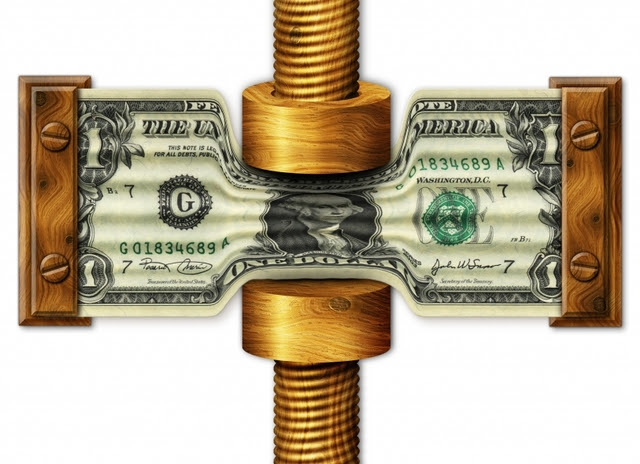 An interesting discussion underway at Brad Stetsor's blog at the most excellent RGE Monitor website on the dollar's shrinking value and its ultimate impact on China centers on a hot editorial in the Shanghai Daily that says:

"The negative results of the US dollar's decline are evident: the rising prices
of all primary products, the intensified pressure on inflation globally, the confusion in the settlement of international transactions, etc. Worst of all, this is the US' disguised way of avoiding paying off its debts to foreign
countries."

The need for the dollar as the chief medium of exchange and unit of account in trade gives it an advantage that can't be matched at present. If the RMB Yuan matures, is fully convertible, and Chinese financial markets continue to advance the day may come when the Yuan may supplant the dollar. Morgan Stanley analysts still believe the most likely challenger to the dollar will be the Yuan or a currency unit centered on it.

Anti-Beijing Olympics protests currently exaggerated by giant headlines and cropped wire photos today beg the question: who is behind the Beijing Olympics boycott?
Principally, it is a project of Paris based Reporters Without Borders / Reporters Sans Frontiers or RSF. The grand sounding organization was founded by Robert Menard, the self-styled "General Secretary" of the supposedly independent non-governmental group.
RSF is anything but unbiased however and receives its funding from a variety of government sources including the US State Department and Ronald Reagan's National Endowment for Democracy, whose officers read like a who's who of neoconservatism and include nearly all of the signers of the "Project for a new American Century." RSF has long been a font of anti-China news stories of dubious credibility.
RSF was banned by the United Nations in 2003 and kept away from its sessions on "human rights" because of its political activities. An imporitant financial contributer of RSF is TECRO, the Taipei Economic and Cultural Representative Office, which has its own agenda with Beijing.
Beyond RSF there are some Hollywood hypocrites such as Mia Farrow or George Clooney, a myriad of "actvist" groups affiliated with the Falun Dafa cult, and collections of coffee house revolutionaries from far right Christian Zionists to far left limousine liberals.
Amidst all this ridiculousness very little, if anything, is actually being done to the benefit of anyone in Tibet.

UPDATE: Chi Mak was sentenced to over 24 years in prison even though the documents Mak took and passed to unnamed Chinese operatives were unclassified.

"Mak's attorney, Ronald O. Kaye, said his client was a scapegoat for other U.S. intelligence failures and a 'symbol of the government's cold war against the Chinese.'"

UPDATE (April 1, 2008): Pentagon weapons analyst Gregg William Bergersen plead guilty to one count of criminal information conspiracy yesterday in US District Court. Last week Chinese born Chi Mak, a retired 65 year old engineer, plead guilty in California. No other details are available. These are unusually swift trials and convictions. Beijing's Foreign Ministry denies any knowledge of these conspiracies. The FBI, Navy, and Air Force investigators behind these espionage cases have not shown any evidence that any information was actually procured or received by the Chinese government.

Previous posts:
Chinese Foreign Ministry Spokesperson Liu Jianchao had this to say in a press briefing on Thursay (Feb. 14):

"Q: Not long ago, the US alleged that they had arrested four Chinese spies. Do you have any response? What is China's position on the espionage issue?

A: We have taken note of the report. The so-called accusation against China on the issue of espionage is utterly groundless and out of ulterior motives. We urge the US to abandon its Cold War mentality and put end to the groundless accusations and do more to contribute to mutual trust and friendship between our two peoples."

First post (February 11, 2008):
What do the following have in common? The FBI, Boeing, the Pentagon, upcoming elections in Taiwan and the United States, the Space Shuttle, and the US Air Force's unhappiness with its share of the near $1 trillion USA defense budget?

They are "all the elements of a classic espionage operation" Kenneth L. Wainstein, USA Assistant Attorney General for National Security gushed in a release first reported by the chief purveyor of anonymous Pentagon secrets Bill Gertz in his Washington Times column and picked up by the Associated Press today.

There are actually two separate stories in the "operation" according to today's Justice Department announcement of espionage arrests. First the New Orleans - Pentagon connection centered on the efforts of Tai Shen Kuo to buy information on Taiwan arms sales from a Pentagon analyst. Mr. Tai is described in an AP report as a "furniture salesman" but someone with the same name is listed on the Internet as the CEO of Houma, Louisiana, based G T L International, a business services consultancy. There are a lot of GTL companies found on the Internet ranging from shadowy conglomerates of "The Global Group" based in Mumbai, India, to carriers in France.

The first spy ring, if true, is entirely the result of US Government actions. Beijing would not need to counter American technology transfers to Taiwan if Washington would abide by the 1982 joint communique on ending arms sales to Taiwan.

It will be interesting to see the impact of this latest Chinese spy scandal on the elections in Taiwan on March 22 and the campaigns of USA presidential contenders Obama, Clinton, and McCain. I believe it is the first sign of a China bait and bash that will come to dominate the "news" cycle for the rest of the year with peaks next month, August, and October.

Is Renminbi The Future Reserve Currency?

"In the long run, the most likely contender to the USD as the dominant
international reserve currency, in our opinion, is likely to be an Asian
currency centred on the Chinese RMB."

Of course this is big picture and looong term (decades if not more). Something to think about just the same.

According to Radio Australia yesterday and a Financial Times story today, Beijing is reaching out quickly to Taiwan. In Laos for the Greater Mekong Subregion summit (see my report in this week's episode of The Sinomania! Show), Wen said Beijing is ready to reach out to new Taiwan president Ma Ying-jeou and the door is open to resume the talks begun in 1992 in Singapore with the sovereignty issue on an agree to disagree posture. The talks could lead to a peace treaty. Wen also mentioned establising direct links which Ma already favors.