Mia Farrow is back from her latest holiday in Sudan (one wonders if she shells out for these excursions or if the UN picks up the tab?) and the Bancroft family gave her a few inches in the Wall Street Journal (once again) in a (final?) display of their anti-China editorial stance.

Mia now claims to speak for the people of Darfur and – expanding her ambitions -- Eastern Chad saying that they urgently need an “international force with the resources and mandate necessary to protect defenseless civilians.”

So it appears Mia’s solution is to bring UN “Peacekeepers" into the region. And we all know what a great job they did in Bosnia and East Timor, right? I wonder what Mia’s reaction would be if she found out that some of those peacekeepers could come from UN Security Council member China?

How much of the $31 million or so raised last year for "Save Darfur" ever ended up in Sudan? Ruth Messinger, Director of the coalition, admitted to a group of Ivy League students that the intent of the movement was just to get young people to connect and embrace humanitarianism. Messinger's main gig, American Jewish World Service, is known to raise money only to funnel it into lobbying efforts for Israel.

It's all well and good for Mia Farrow to be appalled at the suffering in Sudan but why not put her money where her mouth is? Why not open up her country estate in Connecticut to some refugees? How about a little direct action from the hand-wringers for Darfur other than just a deduction for next year’s taxes?

Or is it all just about adding a "Save Darfur" sticker on the SUV next to the old "Free Tibet" one thus showing all the other drivers your moral righteousness?

While doing everything in its power to prevent Russia’s Atomstroyexport company from completing a power plant in Iran, American and French companies will give China complete transfers of nuclear technology in two giant business deals.

Add Westinghouse to the list of American brands cutting ribbons in Beijing. This week Westinghouse (owned by Toshiba of Japan and Shaw Group, a Louisiana corporation) signed a deal with China’s State Nuclear Power Technology Corp., to build four nuclear reactors with the promise of more in the future.

The four reactors will be built in pairs at Sanmen city in coastal Zhejiang Province and at Haiyang on the coast of Shandong in northeastern China starting in 2009 and become operational by 2013 to 2015. The power plants will include the transfer of all technology. Westinghouse could get $9 billion worth of business from the deal. According the company it represents 5,000 jobs in the USA and in particular sustained business for Westinghouse’s fuel assembly operations, one of the main employers in the capital city of South Carolina.

China currently has 11 nuclear power plants operating built by native technology and earlier deals with Russia, France, and the USA. There are plans to build up to 30 more nuclear plants in the next 20 years as the Chinese government tries to balance its big energy needs with dangerous pollution levels.

Not to be outdone, France’s state-owned Areva Group, the world’s largest maker of nuclear reactors, announced today that talks to buld two nuclear plants in China will conclude in a few months. The contract will be with China Guangdong Nuclear Power Corp., and could be worth up to $8 billion. Areva will provide and transfer third generation EPR pressurized water reactors. 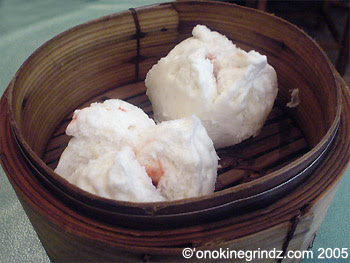 Was the cardboard steam buns story a hoax ?

Anyone who has lived or traveled in China on a budget and taken chances eating from street vendors or dicey restaurants knows that a certain amount of mystery comes with your dish.
Usually what is not readily identifiable you simply eat around but sometimes you are hungry enough to ingest something that doesn’t really resemble food in the normal sense of the word. A plate of meat and veggies in Xi’An once worked my jaw with the meat’s leather like consistency and odd tastelessness but it did me no harm. After reading this expose about steam buns in Beijing made from pork-flavored cardboard I wonder if the meat was indeed leather, perhaps left over bits from a belt factory?
The cardboard steam buns highlight a blizzard of reporting on food safety problems inside China and with Chinese food exports. Many Americans are discovering that Chinese imports fill up both sides of the WallMart super center and make up a growing share of daily groceries. The meme on China food is that the problem is not the USA’s incompetent food inspection services (spread across numerous regulatory agencies and extremely understaffed) but with – you guessed it – China!
Beijing is responding in its usual heavy-handed way: the party boss of the Chinese equivalent of the USA Food and Drug Administration was executed and the national government is putting in place new regulations, outlawing classes of chemicals, and promising to publish daily reports of food safety during next year’s Summer Olympics.
In Washington, Anti-China blowhard Senator Charles Schumer (D-NY) has added China’s “filthy” food imports to his list of all things bad and Chinese. Schumer’s response is to call for an “import Czar” to join the ineffective battalion of “czars” sitting in Washington offices and fretting about foreigners.
So would it surprise you to know that China is NOT the number 1 source of bad food imports? For the year ending June the FDA rejected the greatest number of shipments from India followed by Mexico according to the New York Times today. Indian food including shrimps and spices contained potentially lethal salmonella while a variety of Mexican food imports were considered “filthy.” China was number three on a list of the top 10 rejected source countries that included Denmark and Italy.
And the most serious case of food poisoning this week happened not in China but at the Taste of Chicago street fair where over 100 people are sickened and 10 hospitalized from possibly salmonella tainted cucumbers and hummus from a Persian food stall.