Does Secretary Rice seriously believe that the world views with alarm China’s defense spending of $35 billion per year or even the $90 billion+ that American government propaganda claims is the true figure when compared to the USA’s annual military spending in excess of half a trillion dollars? Does the Bush Administration really think that China’s “regional role” is small in an area that the USA was chased out of over thirty years ago and where exports to China are the most important driver for all the area economies?

Rice’s comments come right on the heels of a propaganda campaign (see the Rev. Sun Myung Moon’s Washington Times) to convince the world that China is threatening “the region” (i.e., the Straits of Taiwan) with 900 missiles aimed at Taiwan and recklessly “stalking” the USS Kitty Hawk with a submarine. All in an effort to get the Kuomintang dominated Taiwan legislature to approve the 5 year old Republican Party arms package to the island. The rule of thumb is each 100 missiles “pointed at Taiwan” needs an American built diesel attack submarine with Aegis technology. With passage of the arms package, American defense contractors and the home districts of Republican congressmen get to build 9 such submarines. Fortunately, the legislature of Taiwan has seen through this farce – so far – and saved the people of Taiwan billions of dollars.

Condoleezza Rice’s comments are a true indictment of USA foreign policy. On the very ground that proved the “American Way” could not be forcibly imposed on a foreign people, in the midst of a new “big muddy” in Iraq, Condoleezza Rice accuses China of being the warmonger. 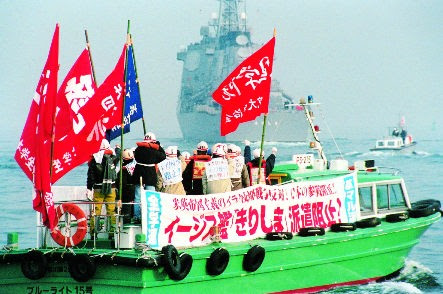 Last week's summit in Beijing of the Forum on China-Africa Cooperation concluded with nearly USA $2 billion worth of contracted investment by Chinese companies in Africa.

For Cape Verde, cement and ceramics factories will be built and in Sierra Leone an industrial park will focus on light industry and export products. These are just a few examples of the spread of Chinese capital into Africa.

What little world press attention was paid to the summit absurdly cast the Chinese as new "colonizers" of Africa and plunderers of African resources. As though it was only OK for the USA or Europe to exploit African resources. Nigeria is after all the USA's fifth largest supplier of crude oil.

Chinese investment in Africa goes back decades. In 1961, an internal policy directive of China's army declared "the center of struggle between East and West is Africa." From that point on China has built railways on the continent, assembly halls for newly independent African governments, mines, roads, and other projects. 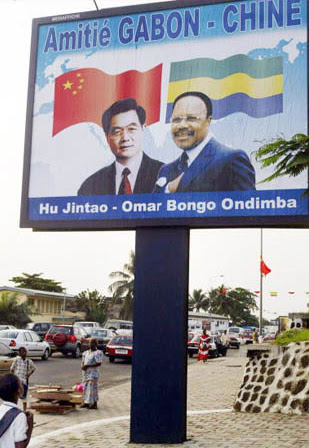 China has acted as mentor to many african countries and helped them to develop their economies so that they are not limited to exploiting natural resources. The renewed interest of the Chinese in africa may just be the beginning of China's own outsource movement, relocating low value labor intensive industries to Africa where labor is even cheaper than in China. On one level, this may be nothing more than bringing wage slavery to Africa's people but with factory jobs and wages the Chinese carefully cultivate new African consumers for all sorts of Chinese products from clothing to guns. And help Africa develop urban societies and cities.