Sinomania! is transitioning to a permanent blog at the Sinomania! website and integration with Wordpress. For the time being, talk amongst yourselves....

Jim Chanos interview by Charlie Rose (whose show is partially funded by US taxpayer dollars) is getting lots of play time today with Chanos reaffirming his belief that China will collapse this year. Meanwhile in China "independent economist" Andy Xie, famous for years for his more sober views on China, now says Chinese real estate is a bubble ready to pop and with bad consequences. Chanos and Xie are just two in a growing group of talking heads staking their reputations on a China crash call. We'll see what happens over the next 8 months. And if they are wrong will their clients including media outlets still pay big buck$ for their thoughts in the future....?

According to a Xinhua via Reuters news report China will impose anti-dumping and countervailing duties up to 64.8% and 44.6% respectively on imports of grain-oriented silicon or electrical steel from USA and Russia. The American firms AK Steel and Allegheny Ludlum Corp., will get reduced extra duties ranging from 7.8% to 19.9% as they responded to Beijing's inquiry.

The Chinese Ministry of Commerce has not publicly announced the rulings yet. The investigation was brought by steel majors Baosteel and Wuhan Iron & Steel in June 2009 and focused in particular on incentives and subsidies given by the state of Pennsylvania.
Meanwhile China revealed today that March trade data revealed a trade deficit of over $7 billion (US dollars), China's first monthly trade deficit since May 2004....

Reuters reports that Chinese oil major Sinopec will buy ConocoPhillips's stake in Syncrude Canada, the world's largest oil sands project located in Manitoba. The deal is worth just under $5 billion (US dollars) and would give Sinopec nearly 10% of the project that currently produces 350,000 barrels per day. Sinopec already owns a 10% stake in French major Total's Canadian oil sands venture Northern Lights....

In January China National Offshore Oil Corp. (NYSE:CEO) obtained license to export refined oil products. Just a year ago the company opened a new refinery at Huizhou, Guangdong, that is being upgraded to refine up to 22 million tons of oil per year.

If Beijing's big push for alternative energy is successful will all the new refined oil production be needed in China? Or could it end up exported onto Asian or international markets?

China Mobile and Taipei based Far EasTone signed a memorandum of understanding to develop a TD-LTE (time-division long-term evolution) network on Taiwan and cooperate in 4G applications and supply chain including Softbank, Vodafone, and Verizon. The move is part of the opening of Taiwan's telecom sector to mainland investment that began some months ago....

The head of the policy department of the Ministry of Industry & Information Technology - one of Beijing's five "super" ministries - says a plan is underway to consolidate the power, coal, iron and steel, cement, nonferrous metal, coke, paper, leather and printing material industries. Specifically targeted is the iron and steel industry with the call to shut down furnaces less than 30 tons capacity. The plan also calls to eliminate outdated plants in the textile industry by the end of next year. The ministry warns it will take joint efforts of all government departments to achieve the aims.

The consolidation of China's massive but scattered and often inefficient heavy industrial plant is a long standing goal. It will be accomplished through corporatization of government-owned businesses and mergers and acquisitions leading to a handful of powerful industrial leaders. This is part of Beijing's overarching desire to see American style "big 3" players in all industrial sectors.

Economic restructuring is one of 5 key areas Beijing is channeling central government resources into in a bid to jump start a "third wave" in the Chinese economy. The other areas are agriculture, alternative energy, social services particularly education and health care, and "independent innovation".... 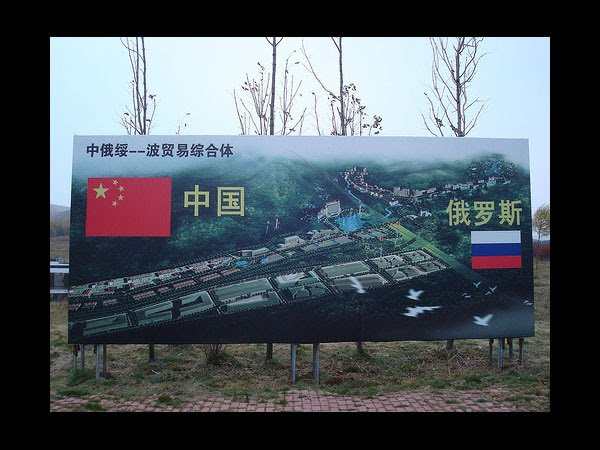 The mayors of Vladivostok and Suifenhe, Heilongjiang Province, signed a protocol for increasing ties and cooperation. The plan is set up a Russian-Chinese Industrial Park at the Vladivostok State University. Despite its name the park will focus on scientific research and partnership.

Manchuria and Siberia remain underdeveloped and rich in resources. Along with the Tumen River area the region could be a major center of migration, industrialization, and urbanization in the medium to long term....

Chinese mining and metallurgical conglomerate Jinchuan Group Ltd. wants to acquire Crowflight Minerals Mining Company of western Canada. Jinchuan is offering just under $150 million (US dollars) for Crowflight, a hefty premium on its Toronto listed shares. Crowflight operates nickel mines in Manitoba. Nickel is at two year highs over $24,000 per ton mostly on Chinese demand. Two thirds of nickel demand is driven by the stainless steel industries. Jinchuan Group began in 1958 with the development of nickel mining at a huge deposit in the Hexi corridor of Gansu Province in western China. Some observors believe Jinchuan's acquistion may signal a new push by China to acquire more of Canada's mineral resources....

Kyrgyzstan: Who's In Charge?

Last month the Pentagon funneled over 50,000 troops and millions of gallons of fuel through the Manas "Transit Center" in Kyrgyzstan, the euphemism for the US air base that Kyrgystan's parliament voted closed in 2009.

The "Tulip Revolution" of 2005 failed as Kyrgyz President Kurmanbek Bakiyev preferred his neighbors Russia and China to Uncle Sam. On March 11 the US State Department issued a human rights report against the Kyrgyz Republic creating the background and justification for future intervention. Now the "United Tajik Opposition" or UTO (which was active in Kyrgyzstan's civil war after the Soviet Union collapsed) is disrupting the urban centers of the country.

Coincidentally, just in the last two weeks major investments by Chinese ventures were ramping up in Kyrgyzstan including energy giant China Guodian Corp. Guodian opened an office last week in Bishkek, the Kyrgyz capital, and said it was pursuing electricity generation projects including hydropower. Guodian is still scheduled to issue 1 billion Yuan in corporate bonds on April 13.

It will be interesting to see how the situation in Kyrgyzstan unfolds. Watch closely and you might catch the interaction of clandestine operations, "legitimate" warfare, psyops, American, EU, Russian, Chinese, and multinational interests of all stripes collide!

At issue is transport and supply of the so-called Af-Pak theater and the larger contest for the resources and markets of the one of the world's least developed regions. As with Vietnam the USA is opting to destabilize a border region of China where Beijing wants to gain the upper hand. We know how that ended. Beijing is just as content to watch patiently as America bleeds on a different Chinese border....

The Boao Forum for Asia begins this week and lasts through the weekend at a luxury hotel on the coast of tropical Hainan Island. The annual gathering of business and political elites is often called the "Chinese Davos" which is odd since there is already a Chinese meeting of the World Economic Forum called the Annual Meeting of the New Champions held the past 3 years in Dalian or Tianjin.

This year's Boao focuses on "Green Recovery" with confabs on sustainability, low carbon objectives, all clues to where investment focus is going. Former US Treasury Secretary Hank Paulson will be on a capital markets panel. There will be discussions on protectionism, consumption in Asia, hot real estate prices with SOHO Chairman Pan Shiyi, China-India Cooperation, the China-Taiwan Economic Cooperation Framework Agreement, and "unleashing the power of the private sector."

Chinese Vice President Xi Jinping will deliver a keynote address and be joined by current politicos Robert Hormats, US Under Secretary of State, Singapore Senior Minister Goh Chok Tong, the Prime Minister of Denmark, Taiwan government officials, and many others.

Business leaders include executives from many American firms including PepsiCo, Harbinger Capital, Goldman Sachs, Bristol-Myers Squibb, Bank of America and Merrill Lynch, Morgan Stanley (of course), the Chicago Board Options Exchange, Nielsen, Prudential, and so on. The activities of the Boao Forum challenges the line of mainstream media that China is "closing for business...."

A 102 Megawatt offshore wind farm will begin operating by the end of April in the delta lands off Shanghai. Chinese wind turbine developer Sinovel installed 34 wind turbines in the muddy waters, the first installation in a plan to get over 500 Megawatts of wind power generation off the Chinese east coast. Each Sinovel SL3000 turbine contains core electrical components created and supplied by American Superconductor (NASDAQ:AMSC).
AMSC initially struck a deal to supply electrical components to China via its Chinese subsidiary WindTec. But in January 2010 Beijing's National Development and Reform Commission lifted the 70% domestic components requirement for wind energy development. This move will allow foreign companies much greater access to the fast growing clean energy sector in China.
This June Shanghai will host Offshore Wind China 2010 organized by Chinese Renewable Energy Industries Association, the Global Wind Energy Council and others.... 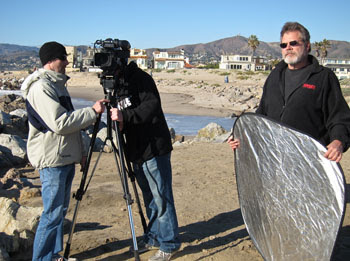 Sinomania! will be on assignment until next week. Use this post as an open thread. Treasury must report to Congress on Chinese currency in mid month. Will the Obama administration appease scared politicians up for re-election with a Chinese bogeyman and unleash a trade war?

[UPDATE: Camp Obama Punts - the Treasury Dept. said its semiannual statement on currencies will be delayed until after the G20 summit in June. When the USA put pressure on China at the Copenhagen Summit it nearly derailed the entire event. At last year's G20 in London China showed it is impervious to pressure even from her so-called peers. Good luck Geithner.]

CHINA TO SELL US TREASURIES FOR GOLD

In a surprise move Beijing's State Council will soon announce that China will redeem nearly all its holdings of US Treasury securities and demand compensation for their current market value in gold. Official notification is expected in advance of the US Treasury Department's anticipated ruling that Beijing is manipulating Renminbi and will be delivered in private direct to Treasury Secretary Geithner before the close of business April 1. Through an obscure legal ruling from the days of FDR China will demand payment for its holdings of US treasuries in gold and at just under $900 billion Beijing will take possession of a large part of Fort Knox. An unnamed source at the White House said all efforts would be made to discreetly move the gold from Fort Knox in order to avoid anti federal government sympathies....

[Ed. note: this is a special April Fool's Day report.]